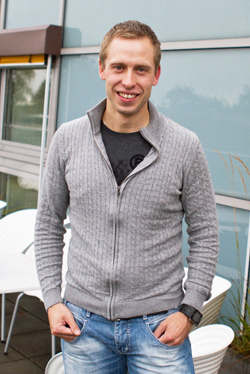 "Strength training resulted in improved running and cycling economy and improved utilization of maximal oxygen uptake (VO2 max)," says Vikmoen. Traditionally, endurance athletes want to avoid gaining muscle mass. However, the study shows that larger muscles were a key factor in order to achieve a positive effect on performance, especially in cycling. "Even though the strength training group increased their muscle mass, they did not gain weight," Vikmoen adds.

For running, they did not find strength training to have a positive effect on performance.

"More advanced cyclists or runners are more likely to utilize a strength training program," says Vikmoen. "It will not require a lot of time," he says. "The strength training sessions should not last more than 30-40 minutes and they will not affect endurance training to any greater extent," he adds.

Strength training should be carried out twice per week, focusing on the muscles that are most involved in the specific sport. For cycling and running, it would be legs. Effective exercises for cyclists would include leg press, squat and hip thrust, while runners may want to focus more on their calves and add an exercise such as calf raises. Neither cyclists nor runners should drop below 90 degrees when performing the exercises.

"Strength training should be performed using heavy resistance," says Vikmoen. It is important to use explosive movements. However, performing the exercises correctly is vital to avoid injuries. Vikmoen urges athletes to be patient: "You cannot expect to see results in just 4-5 weeks. The athletes needed to follow the program for at least 10-11 weeks before they noticed any changes."