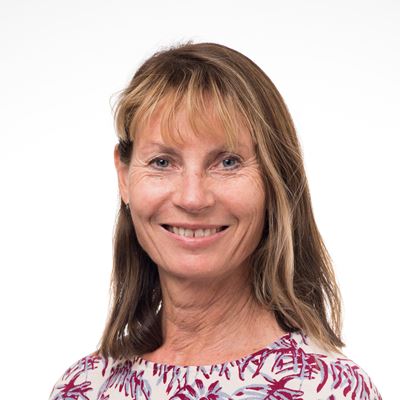 Kari Bø is a trained physical therapist and exercise scientist. She had her PhD (doctor of science) in 1990 and was appointed full professor of exercise science in 1997. She was elected pro-rector (vice head) of NIH (a specialized university) 1998-2001 and rector (head) of the NIH 2013-2017. She was the first vice president of the International Organization of Physical Therapists in Women’s Health, WCPT 1999-2007, and has been the vice president of the Norwegian Council for Physical Activity for 8 years, giving direct advice to the Norwegian Minister of Health on physical activity, fitness and health. In addition, professor Bø has been the vice president of the Norwegian Physiotherapy Association subgroup for Sport Physiotherapy 2003-2007. She holds a 20% position as project leader at Akershus University Hospital, Norway, Department of Obstetrics and Gynecology and is a board member of “The pelvic floor Center” at the same hospital.

Professor Bø has published/in press/submitted/in manuscript  > 300 peer review scientific papers on pelvic floor dysfunction, treatment of incontinence and low back- and pelvic girdle pain, exercise during pregnancy and after childbirth, diastasis recti abdominis, measurement methodology, fitness and women’s health and has given > 320 invited international keynote presentations worldwide. Her H-factor on Research Gate in June 2020 was 61 and on Web of Science in Nov 2021 54. She has supervised 20 completed PhD candidates and numerous master students and has 11 PhD students currently under supervision. In addition, she has published numerous articles, videos/dvds and books about the pelvic floor, fitness, pregnancy and physical activity, and women’s health in general for the lay public. She has developed and overseen the post-graduate course for physiotherapy for pelvic floor dysfunction on behalf of the Norwegian Physiotherapist Federation since the early 1990ies and has given numerous postgraduate courses for physiotherapists internationally. She was an appointed member of the Program committee for Clinical Research at the Norwegian Research Council for 3 years and an appointed member from the Norwegian Research Council in Science Europe, EU. Professor Bø was appointed by the Swedish government as board member of the Swedish School of Exercise and Health 2017-2020. She has been a visiting fellow to Stanford University, USA, and a visiting professor at the University of Dunedin, New Zealand, University of Melbourne, Australia, The Ministry of Health, Singapore, The George Institute for Public Health, Sydney, Australia, Bristol Urology Institute, England, Monash University, Melbourne, Australia and Auckland University, New Zealand.  Bø has been a guest professor at the University of Sao Paolo, Ribeirao Preto, Medical School, Brazil for the last 10 years.

Kari has a background as dancer (jazz and contemporary), rhythmical gymnast (Nordic champion in team) and sport model showing Norwegian sport clothes in a dance and gymnastic show in Norway, Las Vegas USA, Germany and France. In 1989 she developed the Norwegian Aerobic Fitness Model, an 80 hours course for aerobic instructors and a 60 min exercise class for health enhancing training for women (containing aerobic dance, flexibility, strength training and relaxation). She still holds two exercise classes per week at her local sports club.